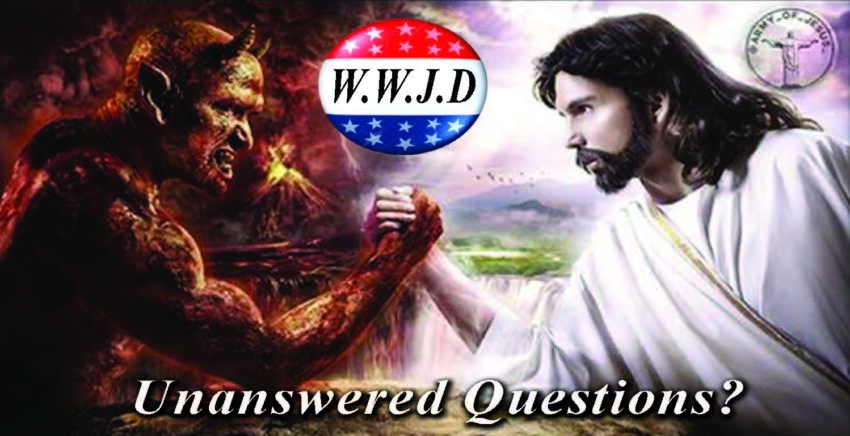 This topic has the potential to be divisive when you’re talking about religion, and when you add a political overtone sometimes it has the potential for fireworks. Rather than turning this into a debate of opinion about who is right and who is wrong, let’s see what the Bible has to say about voting.

Psalm 146:3: “Do not put your trust in princes, human beings who cannot save.”

The Bible says that there is no supreme answer to the woes of the world. But how do we as Christians relate to what is about to unfold in 2022 in an intense and inflammatory political season? Should we run in the other direction? After all, we’re citizens of another kingdom, and others think we should use our influence for good and have every church become a polling station. This is not about any party or person, it’s about principles and attitudes. The Bible says we are primarily citizens of another kingdom.

John 18:36: Jesus said, “My kingdom is not of this world. If it were, my servants would fight to prevent my arrest by the Jewish leaders. But for now, my kingdom is from another place.”

This is letting us know that Jesus will someday reign supreme in this world. But right now there’s a contest between two principal leaders, Jesus and the Devil, with a lot of people in between.

With that said, is there anything wrong with feeling some emotions of patriotism? How did Jesus feel when He prayed, “Oh, Jerusalem, Jerusalem how often?” The concept of voting and choosing leaders is actually Biblical.

Deuteronomy 1:13: Moses said, “Choose wise, understanding, and knowledgeable men from among your tribes, and I will make them head over you.”

Trying to find a replacement for Judas, the two cast lots.

Acts 1:23-26: “So they nominated two men: Joseph called Barsabbas (also known as Justus) and Matthias. Then they prayed, ‘Lord, you know everyone’s heart. Show us which of these two you have chosen to take over this apostolic ministry, which Judas left to go where he belongs.’ Then they cast lots, and the lot fell to Matthias, so he was added to the eleven apostles.”

Acts 6:3: “Therefore brethren, seek out from among you seven men of good reputation, full of the Holy Spirit and wisdom, which we may appoint over this business.”

It may not be clear on how they came up with the seven deacons for nominees, but they came up with seven names. One of the seven was Nicholas of Antioch, a convert who later went bad, whom you can read in Revelation about the doctrine of the Nicolaitans. Nicholas started out good, full of the Holy Spirit, but when he when bad the disciples decided, “We’re not going to vote for anyone ever again because they could go bad.”

This may have not been clear thinking on their part because, after all, who made Lucifer? Was he a good angel? But going bad was his responsibility. Though the people said, “Give us a king.” The people didn’t pick Saul. God picked Saul and then filled him with the Holy Spirit, and for a while, he was a good king. But then pride went to him and he went bad, so did God make a mistake?

God picked Saul because of his free will to do good, so He entrusted him and filled him with the Holy Spirit until pride crept into his heart. The point is, God does not pick bad behavior people unless you’re born again. A good example of this is in the New Testament. Saul of Tarsus had been converted along the Damascus road where Jesus restored his sight in Acts 9, then later changed his name to Paul. 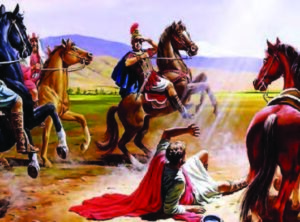 People are going to do their best if they keep their promises. So you can’t say you are not going to pick anybody because of what they might do. Are we really going to go through life that way? As Christians, you have to make your decisions based on biblical teachings and compare them to what you are hearing at the time and what you know and pray for the best. There were times in the 1800’s where political parties were extremely divided.

Paul said in 1 Corinthians 3:3-4: “For you are still carnal. For where there are envy, strife, and division among you, are you not carnal and behaving like mere men?”

As Christians, we shouldn’t be doing any of that in the house of the Lord, for judgment does not fall upon you, only God. But there are biblical principles and issues that Christians should support and demonstrate. We are to respect his cities and political systems and our nation established by God. Good or bad, this is how we get leaders. They are picked by the people. So if people don’t represent their biblical values in their government, you’re going to get what you deserve. When someone says I’m voting this way, or that way, just say “Praise the Lord.” We live in a country where we are free to make those choices. You shouldn’t feel like you have to twist anybody’s arm to think like you.

When the children of Israel were sent off to Babylon because of their bad behavior, they didn’t like the idea, but God said: “You’re going to be there for 70 years.”

Jeremiah 29:5-7: “Build houses and dwell in them; plant gardens and eat their fruit. Take wives and beget sons and daughters. Seek the peace of the city where I have caused you to be carried away captive.”

He’s saying, “You’re going to be citizens of that country. Be good citizens even though you are children of Israel. Pray for the peace of that country.” Because what happens in that country is going to affect you. While you are in Babylon, He said, “You ought to care about Babylon and pray for Babylon because what happens in Babylon is going to happen to you.” So as Americans, and Christians, we have dual citizenship, and as children of Christ, we’ve got to occupy till He comes back. So plan for 1,000 years, and live like you might die tomorrow.

There’s a story in 2 Kings 20-1-10 in the Bible where Hezekiah was sick and God worked a miracle and healed him. And to prove the miracle, the sun went backward 10 degrees (Isaiah 39) when the ambassadors came to Babylon to find out about their God.

But instead of Hezekiah showing them the God of Israel, he showed them all his stuff. Isaiah came to him later and said, “What did they see in your house?” He said, “Oh, I showed them all my stuff.” He said, “You didn’t show them and tell them about God?” “Ah, no.” He said, “Thus saith the Lord, the day’s coming when the Babylonians will come to take your sons and make them eunuchs in the palace of Babylon.” As in Shadrach, Meshach, and Abednego. “Everything you showed them is going to be carried off. Hezekiah said, “Good in this is the work of the Lord. At least there will be peace in my day.”

He may as well said, “You know, I don’t care about what the government does with the environment, as long as I still have resources in my day.” Nevertheless, who we will be electing will have consequences for generations to come. The reason you are free now is that many lives were shed in World War l and World War II, and because of America, more and more countries have had a democratic representation and the privilege to vote.

Some people think by not voting, they won’t be linked to what happens or what these people do in office. But, you might be linked by not voting anyway because this too will influence the outcome. Actually, not voting is a form of voting. So when policies and leadership are being chosen, we ought to pray for wisdom to make intelligent choices for the proclamation of the gospel.

Jesus said, “Occupy until I come.” Luke 11:23. “He who is not with me is against me, and he who does not gather with me scatters.”

So as Christians, you may have to get involved, for we live in a country where rich, poor, no matter who you are, you have the privilege of that one vote. 1 Timothy 2:1-2 tells us that we should care about who our leaders are, so we might have a quiet and peaceable life.

Edmond Burke said, “All that is required for evil to prevail is for good men to do nothing.” Romans 6:23: If the wages of sin is death, then why we are not dead yet? Because Jesus gave Himself up and bought us some time to be His disciples and work for him and to do what Jesus would do. W.W.J.D. “

A Psalm of Thanksgiving; Shout happily to the LORD and to all the earth.” God bless America for which it stands. Amen.

Call 1-877-232-2871 and get a Free Special offer! #181 “U.S.A in Bible Prophecy” www.amazingfacts.org Formulated by DunndealPublications.com