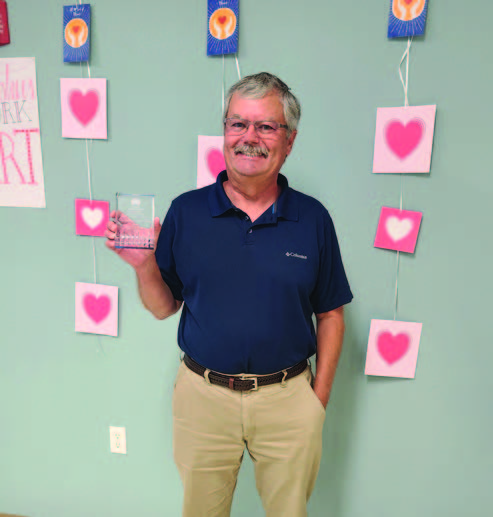 West Central volunteers make a big difference in the lives of long-term care residents, and one such volunteer recently received much-deserved recognition from the State’s Long-Term Care Ombudsman Program (LTCOP).

The Florida Long-Term Care Ombudsman Program relies upon state certified professional volunteers, known as ombudsmen, who advocate for the health, safety, welfare, and rights of individuals residing in nursing homes, assisted living facilities, and adult family care homes. Ombudsmen work with residents, family members, administrators, and others to resolve complaints brought by, or on behalf of, long-term care residents in Florida.

Bill Hulsey, of Bradenton, is the recipient of the West Central Council Ombudsman of the Year Award for his advocacy of long-term care residents in surrounding counties. Hulsey is an outstanding example of what it means to be an ombudsman. He became a state-certified volunteer in December 2019 and has since become an essential part of success stories in the Bradenton area.

In one example, Hulsey was working on several concerns regarding meals and food service at an assisted living facility and suggested the formation of a resident council. A resident council provides a forum for residents to discuss and plan improvements in their quality of life.

Hulsey’s suggestion was met with skepticism from management. Hulsey earnestly interviewed residents encouraging participation and describing the benefits of a resident council. He found that residents were eager for a council. After 7 months of work, Hulsey prevailed. The residents have their own council and enthusiastically voted on officers with plans for big improvements.

Hulsey is a firm believer in residents having choices and a bigger voice, so he continues to organize and assist resident councils throughout Manatee County.

After a 35-year career in long-term care, Hulsey retired to Florida, but knew his work was “not over.” He stated he has a “responsibility to make [things] better” and “open up communication” between residents and management to improve resident quality of life.

His years of experience with long-term care has been of boundless benefit to his Ombudsman peers and the residents he serves. Some of his greatest successes have been supporting resident councils so residents have more of a voice in their own lives.” Fellow ombudsmen describe Hulsey as committed, knowledgeable and experienced. The Florida Long-Term Care Ombudsman Program congratulates him on this much-deserved recognition for his honorable contributions.

For more information and volunteer opportunities call 1-888-831-0404. Visit us online at https://ombudsman.elderaffairs.org/.