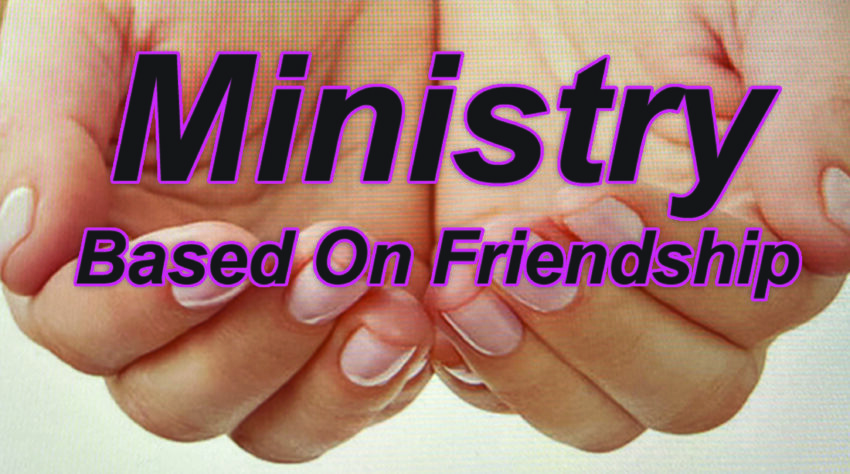 Did you know that there are tens of thousands of Muslim families in the Tampa Bay area? And did you know that most of them have never heard the Gospel – the Good News – of Jesus Christ, even though they’re surrounded by Christian families and churches? Polls consistently show that the vast majority of Muslims in America have never been inside the home of a Christian, even when the Muslims have lived in this country for decades.

There is one organization in Tampa Bay that sees the fields are “ripe for harvest,” but the current crop of workers is few (Mt. 9:37-38). The Tampa Muslim Outreach (TMO) equips the Body of Christ – the church and its people – to confidently share the Gospel with Muslims in Tampa Bay.

Matt and Mave Walter founded TMO in 2013. Matt is a graduate of Yale University and a former Marine Intelligence Officer. He has lived in the Middle East, where he became fluent in Arabic, for 15 years. During eight of those years, he served as a missionary in Jordan before returning to the US in 2007. The couple has seven children. While Matt was serving on staff at a church in Ocala, Florida, God laid on the Walters a mission to help Christians reach Muslims in the Tampa Bay area for Christ. From that vision, TMO was born.

Not Your Usual “Missions Program”

At a recent “Vision Dinner” held at Idlewild Baptist Church in Lutz, Matt explained how TMO equips all Christians to become “ambassadors for Christ” (2 Cor. 5:18-20) through training, resources, coaching, and prayer. The training strategy is focused on the local church. Matt and his team bring a well-developed training program to a church, Bible study, or other small group. During the early days of the Covid-19 lockdown, Matt also created an online version of the study that small groups can use on their own. Already, TMO has trained more than 3,000 people in Tampa Bay how to share the Gospel with their Muslim neighbors. After training, TMO surrounds new ambassadors with the resources and monthly coaching they need to build real and lasting friendships.

Unlike many mission programs that rely on street evangelism and cold-call gospel sharing, TMO focuses “relational evangelism,” building long-lasting friendships and relationships with Muslim neighbors. TMOs full-time missionary, Cami Keefner, spends much of her time teaching teen girls how to drive, taking stay-at-home moms to the store or other errands, and drinking copious amounts of tea and coffee with the women and families that she befriended in the almost-five years that she has been with TMO.

As TMO equips ambassadors, Matt says that there are three qualities that they must possess. The first is patience. Those looking for “quick wins” might find TMO’s strategy uncomfortable, because it may take years for a Muslim to come to a decision about following Jesus.

The second quality is diplomacy. Those folks looking to argue theology or politics would do well to find another field. A raised voice about a touchy subject can quickly erase trust and ease in a relationship.

Finally, ambassadors must be hospitable. Most Muslim cultures abound with hospitality – one Bedouin culture will wait three days before asking a visitor their business! Opening our homes and hearts goes a very long way to building trust. Matt says that people see a huge shift in a relationship once they’ve opened their homes to a Muslim family for dinner or tea.

But being hospitable isn’t limited to home visits. It’s about time. Says Matt: “Many Americans are schedule driven. Other cultures are much more focused on relationships. So be flexible. Be willing to change your plans. Go out of your way for the other person.” Ambassadors have taught English as a second language, conducted Bible studies in neighbors’ homes, cooked dinners, eaten lunches at Panera, drunk coffee at Starbucks, helped with kids’ homework, helped families find a new apartment and furnishings, and helped them move. “It’s the church, acting like the Body of Christ,” says Matt.

Trusting a Big God with a Big Vision

In response to the growth in the number of Muslims moving into the Tampa Bay area, TMO is growing. They are expanding training to teams and churches, and they are (finally) growing the infrastructure necessary to support more full-time missionaries, a volunteer coordinator, a funding coordinator, and a prayer coordinator. Matt used to wear all those hats until 2018, when he and a dedicated team, which became the TMO board, drew up a strategic plan. More recently, TMO created a five-year plan to respond to the growing Muslim populations in Tampa Bay. The plan still rests on the foundation that it is individuals and families from local churches who will reach Muslims in Tampa Bay.

“We have a ‘home-court’ advantage,” says Josue Calzada, TMO’s volunteer coordinator. “Instead of sending missionaries to nations overseas, the nations are coming here to Tampa.” Temple Terrace will soon be the home of North America’s largest mosque, which is being built to accommodate 10,000 people at a time. In remarks at the dinner, guest speaker Pastor Ken Whitten of Idlewild noted that, “We’re going to tell those 10,000 people about Jesus Christ!”

That’s a daunting task for Matt and TMO. But he knows that if God has assigned him the task, he can trust in the Lord. Meanwhile, he continues to “bathe everything in prayer” as he watches TMO grow.

Is God calling you and your family to reach out to your Muslim neighbor with the Good News? Contact TMO at 813 445-8757 or info@tampamuslimoutreach.com. Does your church want to know more about TMO, its mission, strategy, and training programs, check out www.TampaMuslimOutreach.com.