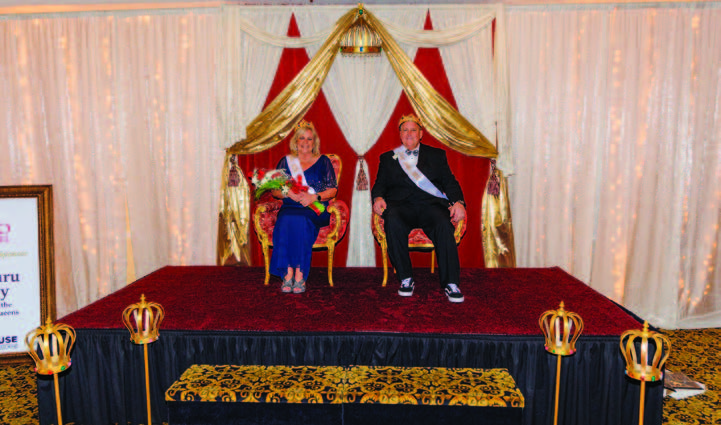 Lighthouse for the Visually Impaired and Blind is pleased to introduce King Pithla Mike Wells & Queen Chasco Shelita Stuart who were crowned on March 25th at the 2022 Chasco Coronation Ball. The Ball celebrates the outstanding contributions made by many in our community with nominations from not-for-profit organizations, and it recognizes two of the nominees with a Coronation of King Pithla and Queen Chasco. This year, competition for the crown was steep with over 28 very deserving nominees. 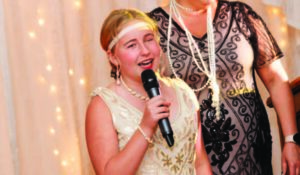 Mr. Mike Wells, nominated by the United Way of Pasco County, is an active Board member for the United Way of Pasco County, James P. Gills Family YMCA, and Feeding Pasco’s Elderly. He has served on Boards that include Area Agency on Aging, Rotary Club of New Port Richey, Ducks Unlimited, and Empowering Pasco’s Veterans. Mike is a graduate, Program Chair and Presenter at Leadership Pasco. He volunteered and worked with organizations that include Youth and Family Alternatives, Good Samaritan Health Clinic, CARES, PACE, Metropolitan Ministries, Sunrise Domestic Violence Center, Marchman Technical College, and Toys for Tots.

Mrs. Shelita Stuart was nominated by the Rotary Club of New Port Richey where she has held several positions that include Vocational Services, Finance Committee, Interact at River Ridge, and Marchman Technical College Student of the Month Liaison. She has served as President of the Boys & Girls Club of Pasco, Salvation Army Domestic Violence Committee, Boy Scouts of America, Pasco Pediatric Foundation and the MS Foundation. In addition to volunteering, she was an intricate part of a 29-year fundraiser for South East Guide Dogs. Shelita is active in NAIFA- Florida and served in many leadership positions.

The Chasco Ball is a fundraiser for Lighthouse for the Visually Impaired and Blind. This year’s Ball was attended by almost 300 people who dressed for the Roaring Twenties. The attendees were delighted to be together in-person and to take part in the Royal festivities. They were also delighted to hear from Miss Lily James who has been a Lighthouse client since she was a baby. Miss Lily, visually impaired from birth and now almost a teen, explained that the support of the Lighthouse has helped her with having confidence for school and many of her activities, which include being on a swim team. The Lighthouse is so grateful for the wonderful turnout and all the funds raised for Lighthouse programs and services. Our heart-felt thanks go to our finalists, the nominees, and all who made the 2022 Chasco Ball a success. To learn more about the Ball, the Lighthouse and to view a list of nominees, visit lvib.org.
#ChascoCoronationBall