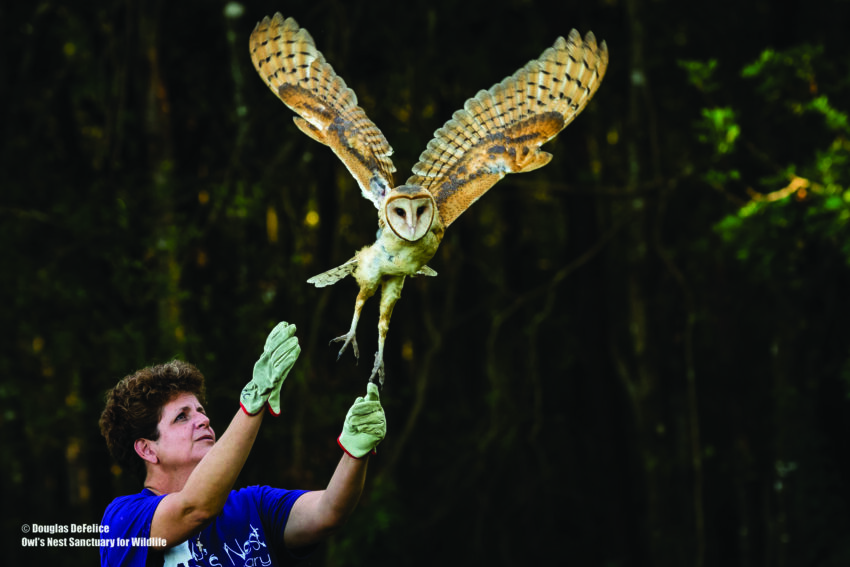 The idea for Owl’s Nest Sanctuary began in 2015 when a fellow zookeeper planted the idea in Kris Porter’s heart to use her love of animals and gift of healing to become a rescue and rehab specialist. The retired zoologist left Busch Gardens to spend more time with her girls and ended up with a wildlife rescue sanctuary to run in addition to the hard work involved in raising children.

The sanctuary began at her home with fostering orphaned baby squirrels and rabbits. The need for rescuing wildlife became so great that more space was required. Kris, the director, began a search for the expansion and found a 5 ½ acre site in the Odessa area. The newly acquired space has a separate room for animals, a hospital room, and an education room. The outdoor space is fenced for the white tail fawns that are brought to the sanctuary. A large bird cage has been built for rehabilitation when birds are re-learning how to fly.

The calls for help for injured wildlife include a variety of species, such as blue herons, egrets, owls, and other birds, as well as deer, otters, possums, and even a grey fox. The injuries can be from roadways, predators, or even domestic animal attacks.

Owl’s Nest supports nine counties across Florida. Recently, the facility rescued a baby beaver that came from the panhandle. Emerald Coast contacted Owl’s Nest and they went to get her. Another interesting rescued involved a masked booby. The unique bird is generally found in the Dry Tortugas, but it became disoriented in a hurricane. After rehabilitation, the bird was released in the Florida Keys.

Owl’s Nest Sanctuary is run by 200 volunteers, who do everything including clerical, construction, yard maintenance, education, attend public speaking events, fundraising, rescue, and care for the injured wildlife. Volunteers are placed in areas that coincide with their talents.

Online training and books are provided to volunteers geared for each species (reptiles, birds, etc.). Each volunteer interested in animal rescue is assigned a mentor who will go on rescues with him/her.

“Since each animal rescue is unique, it is important to have someone experienced with you when you are out in the field,” said Kris. “You can’t just say ‘this is how you catch an injured bird.’”

The sanctuary is a critical care facility and therefore, not open to the public. But it takes the time to educate the 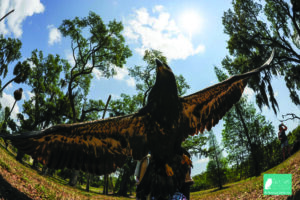 community on wildlife safety through online guides. Well-meaning people will think a fawn has been abandoned, when, in fact, the mother deer leaves her fawn to rest while she gets food.

You can help the sanctuary by becoming a partner. Your donations will cover medical supplies, food for the animals, and maintenance of the facility.

If you find an injured animal, please call (813) 598-5926. For more information, go to https://www.owlsnestsanctuaryforwildlife.com.