Patrick Henry used the phrase in his last public speech, given in March 1799, in which he denounced The Kentucky and Virginia Resolutions. Clasping his hands and swaying unsteadily, Henry declaimed, “Let us trust God, and our better judgment to set us right hereafter. United we stand, divided we fall. Let us not split into factions which must destroy that union upon which our existence hangs.” At the end of his oration, Henry fell into the arms of bystanders and was carried almost lifeless into a nearby tavern. Two months afterward, he had died.

The phrase also appears in the New Testament, albeit in slightly different language. Mark 3:25, “A house divided against itself cannot stand” 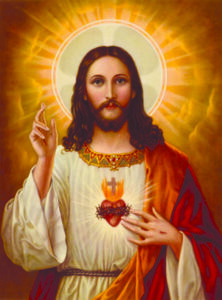 Jesus spoke to the crowd in parables:
“How can Satan drive out Satan? If a kingdom is divided against itself, that kingdom cannot stand. If Satan opposes himself and is divided, he cannot stand; his end has come. In fact, no one can enter a strong man’s house and carry off his possessions unless he first ties up the strong man. Then he can rob his house. I tell you the truth, all the sins and blasphemies of men will be forgiven them. But whoever blasphemes against the Holy Spirit will never be forgiven; he is guilty of an eternal sin.”