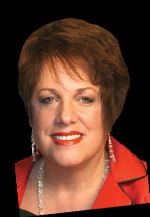 “Let no one say when he is tempted (tested), I am tempted (tested) from God; for God is incapable of being tempted by [what is] evil and He Himself tempts (tests) no one with evil.” James 1:13 (Classic Amplified)

This verse literally means, NEVER let it come out of your mouth saying that God tests or tempts with evil, as He is INCAPABLE of being tempted or tested with evil and He does not test or tempt any man.

This word incapable means God lacks the ability, capacity, or power to be enticed to do evil. Why? Because God is GOOD!! James went on to say in that chapter “Every good and perfect gift comes from God in whom there is no variation nor shadow of turning.”

In other words, He is not fickle, nor does He pick and choose how to tempt people to do evil to hurt them. God is good and good gifts come from Him!! James continued to say “Don’t be deceived in this, every man is tempted when he is drawn away of his own lust and when that is conceived and finished it will bring forth death.”

Apparently one can be deceived into believing that God is not for them but is working against them to bring evil into their lives. Did you know that God receives the blame for evil operating in people’s lives? Oftentimes, statements are made like “God is in control” and questions like, “Well if God really cared then why doesn’t HE do something?”

I understand questioning to learn, but too often statements and or questions are made from a disposition of hurt, pain and anger because of their misunderstanding of the character of God. Truthfully, if God did half the things that were attributed to Him, He would be considered a child abuser. If God were in control, personally I would say I think He is doing a lousy job then!

If He is not the author of bringing evil into one’s life then whom do you think is? How can one effectively pray to God for something to change when all the while they believe God is doing it to them?

There is no way in this article that I am going to be able to be able to write an exhaustive commentary on this, but, I do want to provoke your thinking, if you have fallen into blaming God for your life’s circumstances. Here is a little explanation over how evil got ushered into this world and why evil still prevails.

We read in Genesis that Adam and Eve were given life and a responsibility in the garden to guard and protect it and be fruitful and multiply. The command was that they were to NOT partake of the tree of life because if they did, they would surely die. We know they disobeyed God through a temptation from the serpent (devil) in Genesis 3, and as a result a curse (sin, sickness, disease, hate, poverty and all evil) was ushered into the earth for all mankind.

The sole reason the devil tempted them was to bring this curse into the world so that he could set up his evil system. Adam and Eve chose to disobey God. This was not at all what He had desired for them. It broke His heart! They were supposed to rule in that garden and keep out that which would have been harmful, including this serpent.

Thus, God had a plan to restore mankind back into that place of authority in his life as it was in the garden. He couldn’t wave a magic wand; He had to work within the realms of authority He had established. He could not circumvent his own authority. It was a man that had given up his right to rule in this world’s system and it was a man that had to come and restore it. God had to come as a man and destroy this serpent’s power and restore to man his authority again. He had to work within the realm of faith, because that was how the whole world was spoken into being.

Eventually, He would find a young woman who would believe His Word and birth His Son to come into this world and restore man back to a right relationship with Him. His son Jesus through his death shed his blood was buried and resurrected. Why was this so important? If He had remained in the tomb, He would never have restored us to our rightful place to rule and reign in this life. His resurrection revealed that He had destroyed the devil’s power and authority over us.

The problem is too many of us do not understand our authority as a believer over what the devil tries to do to us when He comes to try to steal, kill, or destroy. Jesus said (Luke 10:19), “Behold, I give you the authority to trample on serpents and scorpions and over all the power of the enemy, and nothing shall by any means hurt you.”

The deception is that he leads many to believe he still can rule in their lives. Unfortunately, many believers are convinced that the evil that has attacked them is from God and instead of fighting in prayer to command it to cease they embrace the evil as some work of God or blame God for the circumstances, when all the while He has given them the power and authority over the evil (devil) if they would just exercise it.

He has given us the right to rule, he can’t do it for us. The good news is that we can reign in this life through Christ Jesus, though challenged by evil on all sides, God has given us victory and in the life to come!! Food for thought!!

Dr. Dianne Coflin Co-Pastor River of Life Church, Lutz, Florida. Our services begin 10:30am on Sundays and 7:00pm on Wednesday, for our youth, men, and ladies meetings. We would love to have you come!!