We seek power, we built empires, and we connect to one man’s life and death that will touch the lives of millions and transform the destiny of an empire, which will change the story of all of us forever. In the midst of the chaos of an unforgiving planet, most species will fail but for one. All the pieces will fall into place and present the keys that will unlock the path for mankind to triumph. This is our story, the story of all of us.

In Jerusalem 33 A.D., a provincial city occupied for a hundred years under Roman rule, is a man that has been sentenced to death. Today he will be executed, but his death will launch a global religion, for today one third of mankind worships in his name, Jesus Christ of Nazareth.

Jerusalem is on the eastern edge of the Roman Empire and connects to a vast network of roads that lead to trade routes. One of the keys of man’s progress is mass communication. In the Middle East, an idea was born, spreading around the Roman world to a half million people. A Jewish festival called Passover was held in Jerusalem, and among their followers is Jesus, who they believe to be the Messiah, but his teaching threatens the order of the Roman Empire, and for that he must be crucified.

Rome has its special punishment for pirates, slaves, and enemies of the state, which is crucifixion. Thousands of people died this way, but we only remember one man, and only one man. Because of this one man’s death, it changed every part of every portion in every corner of the earth.

Matthew 27:32-37: Cyrene, named Simon, and they forced him to carry the cross.” In the crowd is a bystander named Simon Cyrene from a colony in North Africa.. Simon Cyrene just happened to be a guy in Jerusalem as a procession was going by and found himself surrounded by Roman soldiers. One of them pointed and said, “You there, help him carry his cross.” Now we got a common guy on the street that is now involved in the most pitiful moment in history.

It can take three days to die on the cross from blood loss, shock, dehydration, and suffocation. Crucifixions were so common back then that the Romans barely even registered Jesus’ death.

Luke 23:32-34: They crucified him there, along with the criminals.” Except for his friends and family. They turned out to have the power to transform the entire Roman Empire and change the course of human history.

Profoundly more than any other event over the past 2,000 years, the followers of Jesus will retell his story and spread his message over 1,400 miles from Jerusalem to the imperial capital of Rome. It is one of the largest cities on earth, population 1 million.

It was two and a half times more densely populated than modern Manhattan, but 18 years after the crucifixion, a series of droughts created a food shortage. Over 200,000 tons of grain are needed each year or the Roman people will starve, and one out of five is already on welfare.

Rome’s ruler was Emperor Claudius. Disabled and insecure, he was the most powerful man in the Western world. All Emperors had to please the populace by bringing home the bacon, in a manner of speaking.

But Claudius had to try harder than other rulers to legitimize his rule. Emperor Claudius was regarded as a god, but he still needed the support of his people to stay in power, so he ordered handouts for the poor. However, there was not enough bread to go around.

Riots were part of life in Rome, and it was a way for people to get their message across to their Emperor. The previous Emperor, Caligula, ignored their plea and was subsequently assassinated.

Worried that riots would break out, especially after the crucifixion of Jesus, Claudius knew he could be next. So the best way for him to win over the public was to build.

Eight miles from the city, Claudius started one of the largest engineering projects in the Roman Empire. This mighty Aqueduct carried water to the city of Rome. Carved through 45 miles of countryside, they tunneled through mountains and built bridges of vast structure across the huge amounts of space without dynamite or any kind of modern tools. And yet they were so well-built that 1,500 years later after the end of their civilization, those structures are still standing today.

The Aqueduct was powered by gravity and it needed to drop 1 foot for every 300 feet. If it was too steep, the water 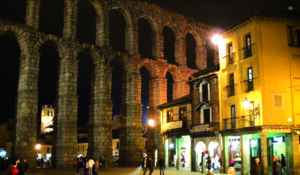 would over flow, and if it was too shallow, it would run dry. Precision engineering was the secret to Roman construction.

A revolution of new building material was needed to mold into hard rock: concrete! Ever since the Romans, we’ve been living in a concrete age, and the key ingredient to Romans’ concrete was volcanic ash. Rome is surrounded by 50 volcanoes and today, two thirds of mankind now lives in buildings made of concrete. The Aqueduct cost equivalently eighty-three billion dollars, ten times more than the Hoover dam.

Imagine the people coming to the Roman Empire for their first time and seeing the massive engineering project. It was advertising Roman power, and it was a Dunndeal. To let everyone know who built this giant monument, the Emperor named it after himself: “Aqua Claudia,” the water from Claudius. 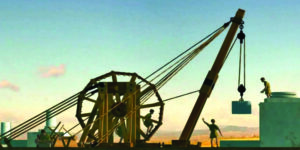 There were six-story high apartment buildings, each with up to 380 residents. Under the roads were sewage systems that swept away 500 tons of waste a day. Rome maintained a police force, a fire brigade, postal service, 30 libraries, 3 theaters, and 80 temples. Rome, the world’s first mega city.

Today, for the first time in history, over half of us live in cities. Across the world, there are 21 cities with a population above 10 million, based on the blueprint pioneered by Rome 2,000 years ago. However, Rome was more than just a city, it was an empire that spread its civilization across Europe and beyond.

Luke 20:27-33: “Truly I tell you, this generation will certainly not pass away until all these things have happened. Heaven and earth will pass away, but my words will never pass away.” 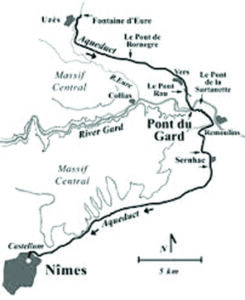