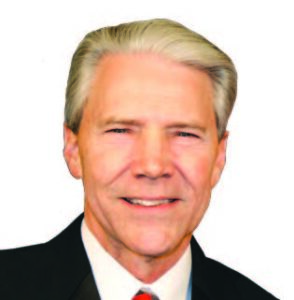 There is no need to try and convince people we live in a very dangerous world. Conflicts among nations, tribes, and governments, shootings, civil conflict, genocide, and on and on it goes.

Twenty-four hours a day, we can hear news in real time. We can watch the battles as they happen and see the gory aftermath of mankind’s rage. The death and destruction inflicted on one group by another brings no satisfaction or solution to the rage that started the conflict in the first place.

Why is the world so crazy? The answer is pretty simple. It begins with the origin of a kingdom. In the tenth and eleventh chapters of the Book of Genesis, a man named Nimrod founded the first kingdom mentioned in Scripture.

Babylon was identified as a tower built by people in opposition to God. Their purpose was thwarted when God confused their language and they could no longer communicate with one another.

Though their efforts were temporarily stopped, the rebellion in their hearts drove them to build kingdoms of their own. For centuries the term Babylonian system refers to man’s efforts to build a kingdom for his own purpose and one that only includes gods of his own making.

Beginning in Luke 1:32 is a description of Jesus as the Son of the Highest whose kingdom is eternal. When Jesus went to Galilee it is said, “he preached the gospel (good news) of the kingdom of God” (Mk. 1:14).

Paul also describes the kingdom of God as righteousness, peace, and joy in the Holy Spirit (Romans 14:17).

The kingdom of God is contrasted throughout the Bible as light instead of darkness, love instead of hatred, joy instead of sorrow, blessing instead of cursing and good instead of evil. We should never be confused which kingdom is at work.

The Apostle John writes, “God is light and in him there is no darkness.” John also encourages us to “love one another, for love is of God and everyone that loves is born of God and knows God. He that does not love does not know God, for God is love.”

God promises us that there will come a day when all the kingdoms of this world, this old Babylonian system, will fail and the Lord Jesus will rule forever and ever as King of an everlasting kingdom.

The hatred and jealousy fueled by man’s rebellion will be no more, and God’s kingdom will come and His will will be done in earth as it is in heaven (Mt. 6:10). Which kingdom are you living in?