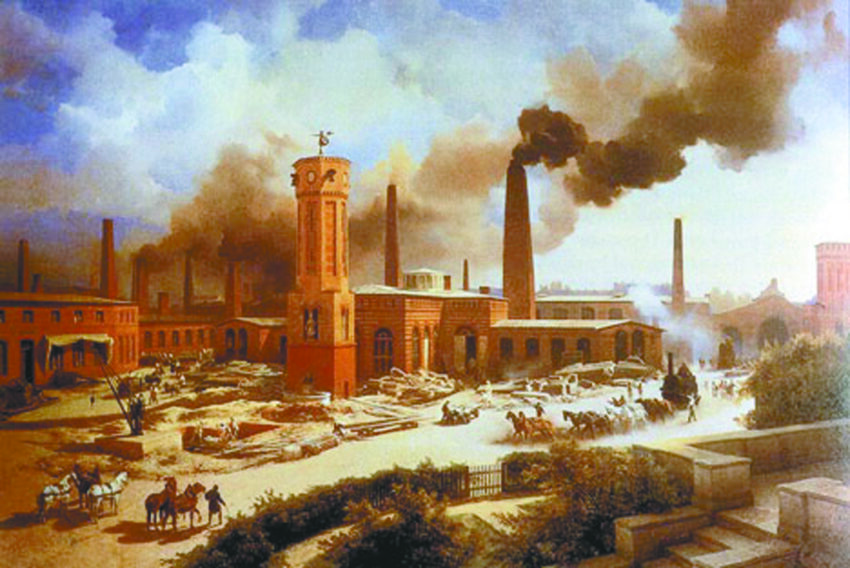 The Industrial Revolution modernized the United States and Canada during the 19th century. As people enjoyed steady employment, they compromised their rights in the workplace. Longer work hours and pay cuts were imposed; U.S. labor groups began protecting themselves by unionizing. In Canada, unions were illegal until 1872, when thousands of Ottawa laborers marched to Prime Minister John MacDonald’s home.

That year, Canada wiped the anti-union law from its books and the march became an annual Canadian tradition. In 1882, Toronto labor officials invited an American union leader, Peter J. McGuire, to Toronto’s labor celebrations. McGuire was so impressed that he suggested a workers’ parade to New York City Central Labor Union. He chose September 5th as the date because it filled the long void between July 4th and Thanksgiving.

Coincidently, that same year a machinist from Patterson, New Jersey, Matthew McGuire, also proposed a laborers’ celebration. On Tuesday, September 5th, 1882, thousands of New York City laborers marched from City Hall to Union Square. They gathered in Reservoir Park for an afternoon of picnics, concerts and speeches, rallying for an eight-hour workday.

Two years later, the Central Labor Union moved the parade to the first Monday in September. They also encouraged all U.S. cities to follow New York’s lead and march for the workingman’s holiday. For many, the choice was to either spend the day at work or march without pay. That began to change when Oregon became the first state to legalize the Labor Day holiday in 1887. Other states, including New York, soon followed.

It took a political disaster to put Labor Day on the national calendar. In 1894, railway workers in Pullman, Illinois, went on strike to protest wage cuts. President Grover Cleveland faced pressure to end the demonstrations and sent 12,000 federal troops to break the strike and violence erupted.

Two strikers were killed, and Cleveland’s harsh methods made headlines. In an attempt to appease the nation’s workers, he signed a bill to make Labor Day a federal holiday. Cleveland still lost that year’s election.

America’s workers continued to gain power through the 1950’s when over a third of all labor forces were unionized. Labor Day had become a time to rally workers for safer conditions, fair pay, and benefits. But in the second half of the 20th century, the U.S. labor force diminished, many factories closed, jobs were outsourced to other countries.