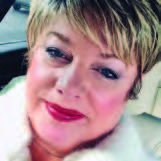 We’ve seen some horrible images of Christians in Afghanistan being persecuted, losing their lives for their faith.

What does it mean to be persecuted? It means to subject (someone) to hostility and ill-treatment, especially because of one’s race, political or religious beliefs.

We often see some form of persecution taking place every day. People no longer respect boundaries, and they allow their hostilities to be expressed in ways that are alarming. People are no longer given space or their right to have their own beliefs or opinions without being persecuted.

Did you know that Jesus explained in the fourth chapter of Mark that there are five ways that the enemy comes to steal the word of God from us? They are the cares of this world, the deceitfulness of riches, the lust of other things entering in, afflictions (pressures), and persecution. To be persecuted and harassed for your faith or over your right or choice to believe in whatever you are convicted about is an evil work designed to take you captive into hate, bitterness, and unforgiveness. It is a lethal combination designed to destroy you.

I am reminded of Stephen’s persecution described in Acts chapter 6 and 7. Being stoned to death is sort of foreign to us here in 21st century America. However, it was quite a common practice during the early church times. Stephen, who was lied about and then brought before the High Priest, declared the gospel with such power that the words he spoke infuriated all who were listening. So much so, that they shook their fists at him in rage. They could not receive the truth or authority with which he spoke.

Have you ever wondered why Christianity is the one religion so many people cannot tolerate? Prayer in the name of Jesus has been removed from schools and other public events. We see persecution in foreign lands and unfortunately right here in America. We see atheists fighting for the removal of any symbol of Christianity anywhere they can.

What is so disarming about a gospel that preaches, “For God so loved the world that He gave His only begotten Son that whosoever would believe in Him would not perish but have eternal life”? We know this struggle is supernatural, a spiritual war being fought behind the scenes where most people cannot see or even believe exists. We are told in 2 Corinthians 4:4 that the (g)od of this world blinds the minds of people to the glorious gospel Christ.

I love how Stephen behaved with supernatural revelation and being full of the Holy Spirit he gazed into heaven, seeing the glory of God and asking that the sin of those who were stoning him would not be laid to their charge!! WOW!! And this is the gospel people don’t want to see or hear?

We are to be bold (not arrogant) as we present the gospel to others knowing that we have supernatural help to communicate the love of God as Stephen did even in the face of persecution. Walking in love and staying free of bitterness and offense will empower us to show the people of the world who are often angry and bitter God’s forgiveness.

“Anger is an acid that can do more harm to the vessel in which it is stored than to anything on which it is poured.” M. Twain

We need to make sure our vessels are free of anger and bitterness so that when we are persecuted the only thing that spills out of us is the love of God, and the word of God would not be stolen from us even if persecution comes.

I would encourage us all while there is much to debate in this world right now that we remain vigilant to guard our hearts. We must do so with diligence and not allow differing opinions to bring a bitter divide. If you are struggling with this Jesus has great strength and healing to help you! Food for thought!!

Dr. Dianne Coflin – Co-Pastor River of Life Church, Lutz, Florida. Our service times are Sunday at 10:30 and Wednesday at 7:00. Child care provided! We would love to have you visit!!