Greg Giordano, CFCA, has been Inducted into the Prestigious Marquis Who’s Who Biographical Registry (24-7pressrelease.com) 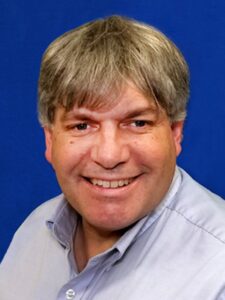 — Greg Giordano has been inducted into Marquis Who’s Who. As in all Marquis Who’s Who biographical volumes, individuals profiled are selected on the basis of current reference value. Factors such as position, noteworthy accomplishments, visibility, and prominence in a field are all taken into account during the selection process.

Throughout his career, Mr. Giordano has held various positions in public service. After an early business career in the manufacturing and food service sectors, he moved into human services when he joined the Association for Retarded Citizens (now known as “The Arc” in Pasco County, Florida) to oversee its job training program for people with physical and/or developmental disabilities. He became a certified employment specialist and a certified trainer of employment specialists through the University of South Florida’s Center for Developmental Disabilities.

Mr. Giordano’s lifelong dream to enter public service in the form of the legislative process was realized in 1994 when he began a 19-year career as the chief legislative assistant for House Majority Leader and later Senate President Pro-Tempore Mike Fasano. Mr. Giordano looks back at his legislative career and proudly states that his greatest achievement was playing an important part in shutting down and outlawing “pill mills” in the State of Florida. He also served as the point person for the development of the statewide database which tracks the prescribing and potential overprescribing of opiates, as well as the illegal practice of doctor shopping for controlled substances in the State of Florida.

Mr. Giordano currently excels as an assistant tax collector for the Pasco County Tax Collector’s Office. In this position, he works on all media relations, press releases and community awareness of the services provided by this constitutional office. He also serves as chairman of the Pasco County Tax Collector’s charitable foundation Pasco TC Gives, which, since its creation, has raised over $1 million dollars and has provided financial assistance to over 94 different charitable organizations in the community. He also collaborates with any organization or person that needs assistance. Additionally, Mr. Giordano was trained and certified by the Florida Department of Revenue as a “Certified Florida Collector Assistant.”

For his exemplary efforts throughout his career, Mr. Giordano has received many accolades from local organizations. He has been honorably recognized by the Florida Office of Drug Control, the Florida Society of Anesthesiologists, the Florida Police Benevolent Association, the Fraternal Order of Police, and the Miami Dade Police Department. In addition, he was presented with the Pain Management Program Recognition Award from the Sarasota Memorial Healthcare System, the National Bronze Leadership Award from Junior Achievement West Central Florida, the Volunteer of the Year Award from Junior Achievement in 2004 and the Outstanding Support Award from the Community Volunteer Corps. Mr. Giordano was also celebrated as an Outstanding Legislative Assistant by Leading Age Florida and the Public Servant of the Year by the National Association for Mental Illness of Pasco County and many other organizations of note.

The three greatest achievements Mr. Giordano cites for his volunteer work is the 25 years he spent as a business consultant for Junior Achievement of West Central Florida, winning numerous awards during his long commitment of service; his 10 years as a contributor to audiobooks published by Librivox, an international publisher of audiobooks, with a focus on providing recordings for people who are blind or unable to afford purchasing audiobooks. Mr. Giordano has contributed, to date, over 1900 audio recordings which are included in almost 550 publications. Finally, Mr. Giordano is quite proud of his work on behalf of The Volunteer Way, an organization the provides food to the homeless and needy, serving for 20 years on its board of directors, 5 of them as board chair.

As a respected voice in his field, he has testified before almost countless legislative committees of the Florida Legislature, he participated as a speaker at various industry events, including serving as a guest speaker at the Florida Pharmacy Association’s Legislative Days & Health Fair in Tallahassee, 2012, panelist for the Associates in Emergency Medical Education’s Prescription Drug Training Program in 2010, Guest Speaker at “The New Age of Caregiving Symposium” in Clearwater Florida, Keynote Speaker at Voice of the Retarded’s Annual Convention in Washington D.C. in 2007.

Previously, Mr. Giordano was invited by the U.S. Department of Justice’s American Probation and Parole Association to be a part of a national juvenile drug use program. With this program, he helped to create public school guidelines designed to prevent children from abusing drugs. He participated in a study of the impact of sinkholes in Florida through a study commissioned by the University of South Florida as well as participated in background interviews for a NOVA episode on sinkholes and public policy in 2015. He was appointed in 2018 by the Speaker of the Florida House of Representatives to be his designee on the Florida Public Service Commission Nominating Council, a body which interviews and recommends applicants to the statewide utility regulator the Florida Public Service Commission.

Throughout his career, he has attributed his professional success to his passion for public service. Looking toward the future, Mr. Giordano plans to continue working in the field until he is ready for retirement Whenever that time may come he hopes to travel with his wife, visit his three grown children and record as many audiobooks as time will allow.