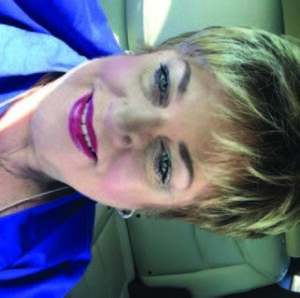 Have you ever wished you could take back a sin you committed? Maybe it was a huge temptation and you fell into the trap. You’ve failed and now your heart condemns you and you feel great shame and guilt. We can probably all attest to that at some time or another in our lives, deeply regretting our actions. I am reminded of the story of Jesus warning Peter that he was going to deny that he ever knew Jesus and he was not going to do it just once but three times. In Luke 22:31-32 Jesus told him “Simon, Simon behold Satan hath desired to have you, that he may sift you as wheat. But I have prayed for you that your faith fail not; and when you are converted, strengthen your brethren. In the following verse, Peter’s reply to Jesus was “Lord, I am ready to go with you both into prison and to death.”

There are three things I would like to point out in this story that are important.

First, you’ll notice that Jesus called Peter by his name “Simon” which means “hearing, or to hear.” How important that moment was for Peter to hear what Jesus was saying. He was trying to warn him ahead of time that Satan had desired to sift him like wheat. This word, sift, meant to inwardly agitate to try one’s faith to the verge of overthrowing it.

I believe if we are really listening, in our relationship with the Lord, that he too, wants to let us know ahead of time when our enemy is going to try to bait us with a temptation. In fact, in the book of James 1:13-15 it says, “Let no man say when he is tempted, I am tempted of God: for God cannot be tempted with evil, neither tempts he any man: But every man is tempted when he is drawn away of his own lust and enticed [baited]. Then when lust has conceived [apprehended by reason of the imagination] it brings forth sin: and sin when it is finished, brings forth death.”

Make no mistake, it was Satan, not God, that was tempting Peter to deny Christ. Unfortunately, today, Satan is still at work to tempt people to sin, and is also the very one to heap guilt, shame, and condemnation on one afterward. 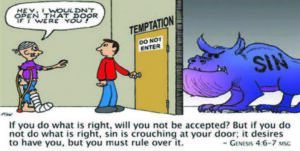 Secondly, I would like to point out that Peter wasn’t listening, and very presumptuously stated that he was ready to follow the Lord to prison and even to death. I am sure with all his heart Peter felt he was ready to do just that. 1 Corinthians 10:12 says “Wherefore let him that thinks he stands take heed lest he fall.” Sadly, Peter felt he was stronger than what he really was. My, how we need to take inventory of our lives and recognize any area of pride that would hold us back, not only to blind us to our own inability but cause us to not listen when the Lord is warning us.

Thirdly, I would like to point out the heart of the Lord. He was not only faithful to warn Peter, but also to pray for him. He knew Peter would deny Him and he was concerned that Peter’s faith would fail. So, he contended in prayer for him, that Peter’s faith would not fail, and that as a result Peter would learn from his experience and it would help him to strengthen others. The Bible says in I Corinthians 10:13, “There hath no temptation taken you, but such as is common to man: but God is faithful, who will not suffer you to be tempted above that you are able; but will with the temptation also make a way to escape, that you may be able to bear it.”

You see, a short time later in the garden just before Jesus was taken to prison, it was Jesus who asked Peter, along with the other disciples, to watch and pray with him. I wonder what would have happened if Peter had prayed. Maybe he would have overcome, and not been so ashamed of the moment he ran from Christ when he was arrested and denied him three times. We’ve all had moments in life where we wished we hadn’t succumbed to temptation. Thankfully, Peter did repent, and received the forgiveness that Jesus so freely offers us all. Maybe this is the position you are in today. Humble yourself before the Lord and allow Him to show you his love, and free you from shame and guilt. Jesus paid an incredible price for you to be able to do just that. Food for thought!