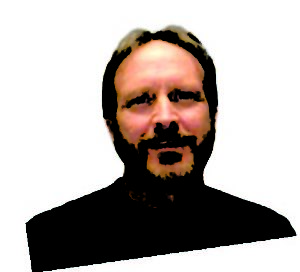 A bunch of unconnected thoughts for Father’s Day:

One summer evening during a violent thunderstorm, a mother was tucking her small son into bed. She was just about to turn off the light when he asked in a trembling voice, “Mommy, will you sleep with me tonight?” His mother smiled and gave him a reassuring hug. “I can’t, dear,” she said, “I have to sleep with your daddy.” After a long silence, he said, “The big sissy.” There are certain sayings we associate with our fathers. Here are some typical Dad quotes:

I looked in my Bible for a quote from another prominent father, Joseph, and to my surprise, I couldn’t find one. I never thought about this before, but Joseph doesn’t say a single word in the Bible. He listens and obeys. We might assume his words are recorded because we can imagine the conversations he had with Mary and the angel Gabriel. We can “hear” him talking to the innkeeper. We can visualize him teaching Jesus about carpentry, but then he fades from the scene.

It is widely thought that Joseph was much older than Mary and when Jesus began His ministry, Mary was alone. Joseph probably thought his life was pretty well-planned. His marriage and his vocation were all arranged neatly for him. Then his world came crashing down. He discovered that his bride-to-be was pregnant.

We know that Joseph was a man of integrity. He wanted to do the right thing in the right way. He considered divorcing Mary when he learned of her pregnancy, but wanted to do so without calling attention to the reason. Instead, he risks being questioned about Mary’s pregnancy and they marry.

In those days, a marriage contract was worked out between families, and the engaged couple continued to live with their parents until their wedding. Joseph protected their reputation by moving up the wedding date. The Roman census took them far away from the town’s questioning eyes.

Although Joseph came from the royal lineage of King David, he was a humble man. The brief portrait of him in Scripture suggests he was a quiet, unobtrusive man, available when needed, willing to endure hardship and disappointment.

Looking forward to fathering his own child, Joseph was faced with being a stepfather. He trusted God’s care every step of the way. He didn’t have any parenting books, any training on how to be a father to the Son of God, but he possessed faith and compassion. Bible scholars portray Joseph as an effective provider and protector of the family. Joseph had the important role of caring for the needs of others. People will remember what we did more than what we said.

The late Erma Bombeck wrote these words about her father:

“One morning, my father didn’t get up and go to work. He went to the hospital and died the next day. I hadn’t thought that much about him before. He was just someone who left and came home and seemed glad to see everyone at night. He opened the jar of pickles when no one else could. He was the only one in the house who wasn’t afraid to go to the basement by himself.

He cut himself shaving, but no one kissed it or got excited about it. It was understood when it rained, he got the car and brought it around to the door where we waited. When anyone got sick, he went out to get the prescription filled. He took lots of pictures, but he was never in them. Whenever I played house, the mother doll had a lot to do. I never knew what to do with the daddy doll, so I had him say, ‘I’m going to work now,’ and threw him under the bed.

The funeral was in our living room and a lot of people came and brought all kinds of good food and cakes. We had never had so much company before. I went under my bed to feel for the daddy doll. When I found him, I dusted him off and put him on my bed. He never did anything that I remember. I didn’t know his leaving would hurt so much.”

Dads, we can either be absent or present. Choose to be present because time goes by so quickly. We can’t relive those precious moments with our families.