Some people think if you have a Bible the devil is going to run, or when he sees a church he goes in the other direction. No, the devil is not afraid of church. He just wants God’s position, to be the object of worship, causing conflict and confusion among God’s people.

Acts 20:29-30: “I know that after I leave, savage wolves will come in among you and will not spare the flock. Even from your own number, men will arise and distort the truth in order to draw away disciples after them.”

Matthew 24:20-21” “But pray ye that your flight is not in the winter, neither on the Sabbath day. For then shall be great tribulation, such as was not since the beginning of the world to this time, no, nor ever shall be.”

Though know one knows the time or day of his coming, the Bible does describe a time of season in the ending times. Note that some of these events have already come upon us. One of the first events was in Matthew 2:1-12 where King Herod sent the three wise men to find Jesus, who followed signs of the star to Bethlehem. 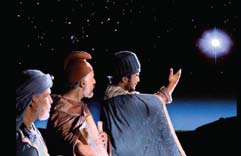 The blood moon was a signal to Israel and the sun was a signal to the world, as in the presentation in Joel 2:31 according to the Bible. Here God had set the dates for the Jewish feast. He believed that within the next two years, in 2017, we were going to see a dramatic scene happen in the Middle East in Israel.

Then comes the celebration of Jubilee 2015-2016 with the Day of Atonement, a period of time man’s possessions would be returned to him. Then, the return of the Cosmic King on September 23rd, 2017 where the birth of the Son of Man and the 12 stars appeared over the consolation of Virgo, the woman’s head.

Again, God is using the heavenly stars to communicate to us another supernatural event. Revelation 12:1-2: “Now a great sign appeared in heaven, a woman clothed with the sun with the moon under her feet and on her head a garland or crown of twelve stars, and being with child, she cried out in labor and in pain to give birth.”

And another sign will be appearing in heaven. “A great, fiery red dragon having seven heads and ten horns, and seven diadems on his heads. With his tail, he drew a third of the stars and threw them to earth. The dragon stood before the woman who was ready to give birth, to devour her child as soon as it was born.”

Psalm 147:4: “He telleth the number of the stars, and he calleth them all by their names.”

Jesus said in Luke 21:25: “And there will be signs in the sun, in the moon, and in the stars, and on the earth distress of nations, with perplexity, the sea and the waves roaring.”

This is not Astrology, this is the lost Bible of Astronomy. Satan being the author and master of magical illusions and tricks of paranormal methods, he manipulates natural forces and uses supernatural elements as a theme of misdirection. Because he is of the spirit and not of the flesh, the devil causes conflict and confusion to control us. When Satan was cast out of heaven with a third of his angels, he knew better than to try to battle the spiritual power of Jehovah, for He is not of the flesh. 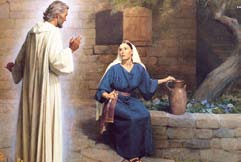 They try to look like apostles and they teach doctrines to get their own following, for they’re interested in self worship. Question is, how do you know? Well it’s hard to tell when they’re wearing sheep’s clothing. Satan can be transformed into an angel of light, so how do you know?
Matthew 7:15: “You will know them by their fruit.”

Back in those days there was a church leader, the apostle John, who was turning people away from an apostle that’s got to be pretty bad. John was a nice guy, he was the apostle of love. You find out that one of the first spiritual miracles Jesus did was the casting out of demons. Luke 4:31-33: “Then He went down to Capernaum, a city of Galilee, and was teaching them on the Sabbath.And they were astonished at His teaching, for His word was with authority.”

Keep in mind these fallen angels knew Jesus before creation. Because he occasionally shares some good theology doesn’t mean anything, he’s still the devil. James 2:19: “You believe there is one God. You do well. Even the devil and his demons believe and tremble! They are not polytheistic, they’re monotheistic. They know there is only one God. Mark 4:15: “And these are the ones by the wayside where the word is sown. Where they hear, Satan comes immediately and takes away the word that was sown in their hearts.”

The devil goes to church undercover wearing sheep’s clothing. He hates for people to hear the word of God, and sometimes the devil goes into church to use you and me.

The devil does not hunt for haunted houses, he hunts people to haunt like you and me, and every time the word is being preached, he will try to snatch it away like in the parable in Mark 4:15: “Some people are like seed along the path, where the word is sown.”

“So it’s not that the devil goes to church. He started church.”

A formulation of Dunndeal Publications from Amazing Facts. 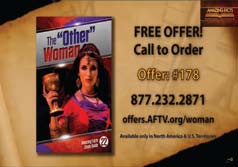