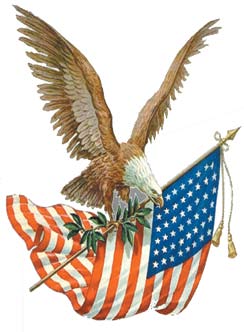 The Fourth of July was traditionally celebrated as America’s birthday, but the idea of an annual day specifically celebrating the Flag is believed to have first originated in 1885. BJ Cigrand, a schoolteacher, arranged for the pupils in the Fredonia, Wisconsin Public School, District 6, to observe June 14 (the 108th anniversary of the official adoption of The Stars and Stripes) as ‘Flag Birthday’.

In numerous magazines and newspaper articles and public addresses over the following years, Cigrand continued to enthusiastically advocate the observance of June 14 as ‘Flag Birthday’, or ‘Flag Day’.

Leach went on to recommend that thereafter the day be known as ‘Flag Day’, and on that day, school children be assembled for appropriate exercises, with each child being given a small Flag.

In 1894, the governor of New York directed that on June 14 the Flag be displayed on all public buildings. With BJ Cigrand and Leroy Van Horn as the moving spirits, the Illinois organization, known as the American Flag Day Association, was organized for the purpose of promoting the holding of Flag Day exercises.

On June 14th, 1894, under the auspices of this association, the first general public school children’s celebration of Flag Day in Chicag was held in Douglas, Garfield, Humboldt, Lincoln, and Washington Parks, with more than 300,000 children participating.

Inspired by these three decades of state and local celebrations, Flag Day – the anniversary of the Flag Resolution of 1777 – was officially established by the Proclamation of President Woodrow Wilson on May 30th, 1916.

While Flag Day was celebrated in various communities for years after Wilson’s proclamation, it was not until August 3rd, 1949, that President Truman signed an Act of Congress designating June 14th of each year as National Flag Day.

How to Observe Flag Day

The week of June 14 is designated as “National Flag Week.” During National Flag Week, the president will issue a proclamation urging U.S. citizens to fly the American flag for the duration of that week. The flag should also be displayed on all Government buildings. Some organizations hold parades and events in celebration of our national flag and everything it represents. It’s also a time to remember and honor military men and women who defend our flag and our country.

Patrick Henry used the phrase in his las public speech, given in March 1799, in which he denounced The Kentucky and Virginia Resolutions. Clasping his hands and swaying unsteadily, Henry declaimed, “Let us trust God, and our better judgment to set us right hereafter.

United we stand, divided we fall. Let us not split into factions which must destroy that union upon which our existence hangs.” At the end of his oration, Henry fell into the arms of bystanders and was carried almost lifeless into a nearby tavern. Two months afterward, he had died.

The phrase also appears in the New Testament, albeit in slightly different language. Mark 3:25, “A house divided against itself cannot stand”
http://en.wikipedia.org/wiki/United_we_stand,_divided_we_fall 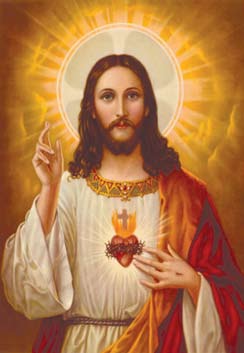 ‘How can Satan drive out Satan? If a kingdom is divided against itself, that kingdom cannot stand. If Satan opposes himself and is divided, he cannot stand; his end has come. In fact, no one can enter a strong man’s house and carry off his possessions unless he first ties up the strong man. Then he can rob his house. I tell you the truth, all the sins and blasphemies of men will be forgiven them. But whoever blasphemes against the Holy Spirit will never be forgiven; he is guilty of an eternal sin.’”