Mammon: In the New Testament of the Bible, it is commonly thought to mean money, material wealth, or any entity that promises wealth, and it is associated with greed and the pursuit of material gain. The Gospels of Luke and of Matthew both quote Jesus using the word in a phrase often rendered in English as “You cannot serve both God and mammon.”

In the Middle Ages, it was often personified as a deity and sometimes included in the seven princes of Hell. Mammon in Hebrew means “money”.

Who or What is Mammon?

“…One day, the Sons of God came to attend on Him and among them was Satan. So God asked him, ‘Where have you been?’ Satan replied, ‘Around the Earth roaming about walking to and fro on
it.’” (Job: 6-8)

1) For days, I found it very difficult at just how I would present this or even why bother. At first I thought this would be easy, however, after pondering the subject, I reproached myself. Do I dare go here? Why attempt to talk about this when most people, churches and even preachers don’t bring this up? I’ve been told, “Don’t concentrate on that”, “This does not need to be discussed”, “People will think you’re nuts” and better yet, “Who?” Okay, here goes: My question is, what is Mammon? Let me rephrase: Who is Mammon? Mammon is mentioned numerous times in both the Old and New Testament books and is most specifically mentioned in the book of Matthew when Jesus was preaching the Sermon on the Mount. In fact, Jesus directly addressed a question by answering “…you cannot serve two masters; one cannot serve God and Mammon.” I never noticed this before, but my version of the Bible had Mammon as a pronoun. “Mammon is a person?” I asked myself. “Who is this Mammon?” I started asking questions about this…I mean, Jesus just doesn’t throw words around, right? To my great frustration, the Bible often underscores the emphasis of an unseen enemy as I am a firm believer in knowing.

2) Did some digging and inquired of those who I worship with and inquired of two preachers who I know. To my astonishment, they did not know of this Mammon and did not know what it meant as a noun; now I’m really curious. Here is what I found: the noun “mammon” is associated with avarice and greed for wealth. However, the pronoun “Mammon” is one of the infernal names that was created by God and placed under God’s third ranking Order of Angels via Thrones (majestic and beautiful charioteers with wings that sparkled like brass).

3) When Lucifer was cast out of Heaven, Mammon soon followed. In fact, prior to Mammon’s banishment from God’s splendor, he was already focused on himself, admiring Heaven’s gold and emeralds and wanting and coveting them for his own in direct contrast to the spirit of God.

4) Mammon is easily disguised, extremely pervasive, and difficult to detect as he attaches himself to money and wealth, provides advice on how to build it, and whispers gently not to share with anyone. He attempts to convince us that wealth is more important than anything God can provide, constantly instructs to leave God’s word behind, promises great wealth and fortune if we listen to him, and tells us sharing treasures is for ingrates…the exact opposite of God’s love. Mammon’s greatest power is his enticing influence he can exert and plant in hearts and minds inspiring envy and greed so potent that even the most innocent and loving person will corrupt themselves to obsession only to have their soul laid waste to his empty promises of fortune.

5) It is very easy and tempting to listen to Mammon’s promises; I do admit I have in the past. But our heavenly Father & Almighty God has made his word perfectly clear: Mammon is one of the seven infernal princes of Hell who was cast down from Heaven like lightning. His fall was so heavy he is permanently stooped over and cannot stand straight, spending eternity staring at the ground. His supreme wickedness puts him on the same level of Satan himself and embodies the second of the seven deadly sins. As a financial advisor by profession for 36 years, I have seen him destroy people, families, and businesses. Mammon is relentless and will stop at nothing every hour of every day.

6) In our modern world of image, money turning over quickly and everything measured by gain, Mammon is everywhere like a monster devouring its prey with his true identity found by those who flaunt their wealth and abundance.

7) In the book of Ephesions, Paul addressed the subject of spiritual warfare: “…put God’s armor on to resist the evil one’s tactics. For it is not against human enemies that we struggle but against the Sovereignties and Powers who originate the darkness…” (Eph 6: 10-14). Sounds like Paul knew exactly who Mammon was, too. 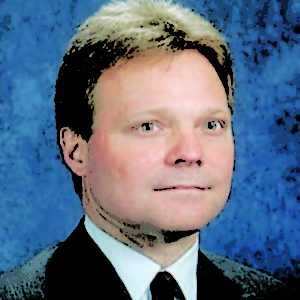