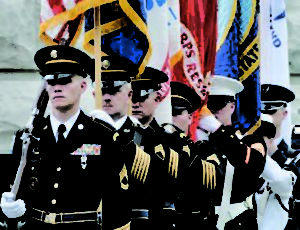 It’s the three-day weekend that officially kicks off summer vacations… a time for hanging out at the beach, barbecuing, even catching a few laps at the Indy 500. But Memorial Day is also the most solemn American holiday–a day to remember those who made the ultimate sacrifice, while defending their nation.

In the Civil War, America’s bloodiest chapter, over 600,000 soldiers were killed in action. Almost every community in every state suffered the loss of young men. As the war came to an end, mourners in both northern and southern states began placing flags and flowers on the graves of fallen soldiers. 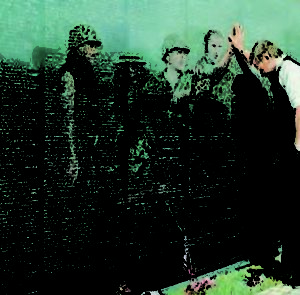 The town of Waterloo, New York is officially credited with starting the holiday. On May 5, 1866, its citizens closed their shops and businesses so that everyone could decorate the graves of the men killed during the war. Then an old war general had an idea. John A. Logan, leader of the Union Veteran Association, spearheaded an effort to unite all the decoration services into one national holiday, designating May 30th as Decoration Day. On the first national Decoration Day in 1868, 5,000 war widows, orphans, and other mourners gathered at Arlington National Cemetery. They placed flowers and ribbons on the 20,000 graves of both Union and Confederate soldiers. Two future Presidents and fellow Union veterans, Ulysses S. Grant and James A. Garfield, attended the ceremony. Throughout the 19th century, Decoration Day grew. Ceremonies were held in major Civil War battlefields like Gettysburg, Pennsylvania and Antietam field in Maryland. By the end of the century, the holiday was renamed Memorial Day.

But war wounds ran deep; most southern states refused to commemorate a holiday they regarded as honoring Union soldiers. So each state commemorated their war dead with different Confederate Decoration Days. Several southern states continue the tradition to this day.

WWI ushered in the age of modern warfare. America lost over 130,000 soldiers in the global conflict. This shared experience finally bonded America’s north and south. When the war ended,
May 30th became a day to honor all American soldiers who died in battle as far back as the Revolutionary War. America interred its first Unknown Soldier in Arlington National Cemetery on Armistice Day in 1921.

Every Memorial Day, this soldier and other unknown soldiers are honored with a wreathlaying ceremony conducted by the President or Vice President.

They are reminders of all those who’ve never made it home. Memorial Day became a federal
holiday in 1971, when Congress shifted it from May 30th to the fourth Monday in May, giving federal workers a three-day weekend.

All across America, veterans and civilians still gather in parades and vigils to remember the generations who gave their lives for their nation’s freedom.